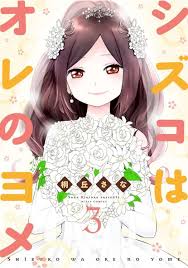 1000 years ago in the Heian Period, the human Princess Shizu and the oni Shuri (also known as Benkei) fell in love and married. When the princess died young, the oni turned to stone in his grief.

1000 years later in the modern day we meet high school girl Shizuko. On her 16th birthday, when she is old enough to marry, she is accosted by Shuri who has awakened from the stone and now claims to be her husband. It turns out that Shizuko is the reincarnation of Princess Shizu. Shizuko is overwhelmed and weirded out by all this. Shuri, meanwhile, declares his everlasting love for Shizuko and resolves to do everything in his power to make her love him again like she did in her past life.